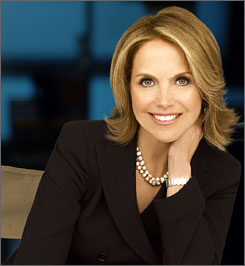 You don’t need us to tell you that CNN and the Jon Stewart/Stephen Colbert tag team will be doing the most election coverage tonight. (Look for Colbert/Stewart at 8pm-9pm, then 11pm-on.)

We turn to the major networks, to see what’s up on this holiest of holy eves:

NBC will start at 6:30 p.m. with the NBC Nightly News with Brian Williams, then cram updates of the house races into the first two minutes of each hour. There’s a new Friday Night Lights at 8 p.m. (fullback and very bad boy sleeps with injured quarterback’s sweet-but-horny girlfriend). After Law & Order Criminal Intent is the Election Night Special with Bryan Williams, joined by Tim Russert and the Tom Brokaw crutch.

Election night is election night, but Dancing with the Stars is forever. Starting at 8 p.m., an hour and a half rerun of the show that singlehandedly keeps the sequin industry afloat, and at 9:30, a new epsiode of Help Me Help You, where Ted Danson plays a therapist with problems of his own. (And I quote from the description, “he has his work cut out for him!”) Four live updates of the election will be cut in during this two hours of programming. At 10 p.m., we go into Vote 2006, where Charles Gibson slides into Peter Jennings’s old seat and will be flanked by Cokie Roberts and slaphappy midget pundit George Stephanopoulus. At 11:30, a special Nightline with election updates.

Bravo CBS, for that solid hour and a half you’ve budgeted into election coverage, although you do have the Couric, who won’t be placated by blood sacrifice of CBS pages alone. She needs time. And she’s ready to hit hard tonight: “We don’t want to bombard people with facts, figures, statistics and graphics,” she tells USA Today. “I think it’s a night where people are hungry for perspective and meaning.” Those facts and figures always bum us out too, Katie.

Most coverage of the election, in the special way that only Fox can cover it, will be relegated to the Fox News cable channel. Affiliates can chose whether or not to pick up this feed. Hmm. So we turn to TV listings for Manhattan/Time Warner Cable, courtesy of TV Guide.com: After new episodes of Standoff and House, it appears that Manhattan Fox affiliate WNYW will be slamming election coverage in its regular news hour, complete with the usual Guiding Light rejects/reputable anchorwomen. After that, brand new reruns of Seinfeld and The Simpsons!