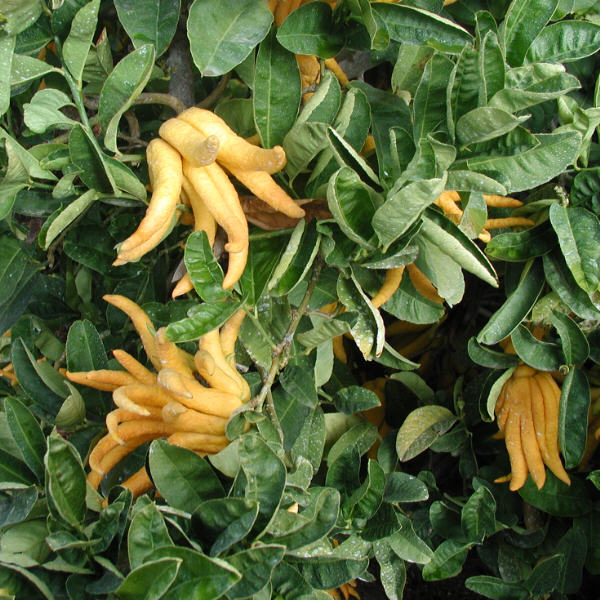 Get poised to rave about buddha’s hand, the hottest citrus fruit in ’07, according to our trend-spotters, who shall remain anonymous (okay, it’s my mom).

First, in case you’re not up on your exotic produce, the Buddha’s hand looks like a cramped up yellow death claw and tastes of lemon rind.

Now, some evidence of its impending hipness:

1. Been flaunted on Iron Chef America.
2. The new “gourmet” version of the Food Emporium, called “Bridge Market,” because it’s under the 59th Street bridge, has chosen for its logo, the paw of buddha. (And yes, they do sell it, $6.99 each.)
3. Fancy vodka brand Hangar One, which makes real fruit-infused flavors, has a “Citron Buddha’s Hand” vodka, which has shown up on specialty cocktail lists around town, i.e.: at Terrace 5.
4. It’s already practically passe in SF. Our friend Josh Sens, restaurant critic at San Fransisco Magazine and freelancer galore, confirms it thusly in an email:

yeah. the buddha’s hand. very trendy, especially at these boutique-y coctkail places that are opening up around the city… sf, long lagging behind ny on the cocktail front, has started to come around on the gin-is-in, vodka-sucks thing. so most of the cool bartenders around town now turn their nose up at vodka. hangar one, though, is one of the rare acceptable vodkas, being artesan and all. and citron vodka all the more so for its hints of exoticism. the name helps too. buddha’s hand appeals to the west coast weirdo’s affinity for all things with a whiff of eastern mysticism. the fact that it also sounds like some sort of tantric sexual technique makes it all the more compelling.

Could it be the new blood orange, pomegranate, Meyer lemon. Ahem, sorry. Yuzu?