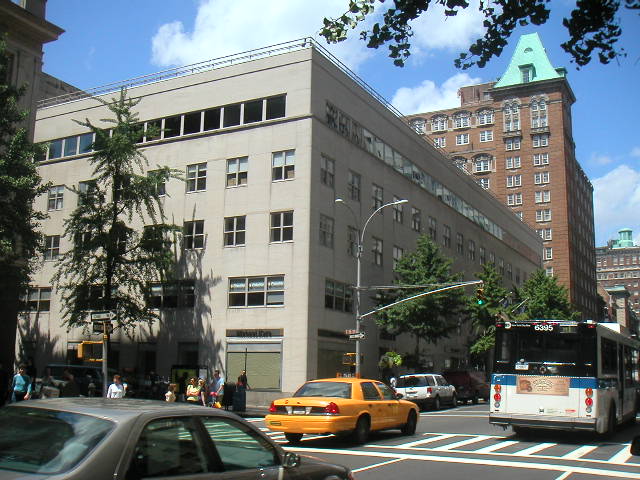 Tuesday morning, in a major victory for the city’s historic preservationists, the members of the Landmarks Preservation Commission more or less shot down developer Aby Rosen’s plans for the redevelopment of the Parke-Bernet building at 980 Madison Avenue. Although the commission did not officially kill the project today, it became clear throughout the course of the hearing that without huge modifications, the proposal as it currently stands has little hope of ever getting built.

Along the way, various commissioners praised Rosen’s plans, which would restore the five-story building to its original 1949 design and add on top of the exiting structure a nuzzling pair of glass towers, reaching some thirty stories into the sky. That said, all but one commissioner noted that they could not support the current proposal due to problems with its scale, massing, materials, and location.

Commissioner Joan Gerner called the proposed structure “an architectural masterpiece.” Albeit, one that had failed to win her support. “My issue is with the location,” said Gerner. “This building belongs on a vacant site.”

In other words, not on top of an existing building. And not in the midst of the Upper East Side Historic District.

Other commission members said that despite his best effort, renowned British architect Norman Foster had failed thus far to come up with an architectural scheme that would properly harmonize the proposed glass towers with the existing limestone-clad base.

“I’m an authority on marriages,” said Commissioner (and practicing minister) Thomas Pike. “And this marriage makes me nervous.”

A few minutes later, Commissioner Margery Perlmutter suggested that the project might be appropriate in some Blade-Runner-like version of the future, when every vacant inch of the city has been filled. But for the time being, she too gave the proposal a thumbs-down.

Not surprisingly, the proceedings were well attended. Ever since news of the proposal first became public this past fall, the project has been dividing neighbors throughout the Upper East Side. Today, a large crowd of supports and detractors packed into the hearing.

A few minutes before the start of the meeting, the author Tom Wolfe—who lives around the corner from the would-be development and who vehemently opposes it—sauntered into the room, wearing a dapper black-and-white checkered suit and a lime green tie.

In November, Wolfe wrote a scathing editorial in the New York Times, characterizing the Landmarks Preservation Commission as a “bureau of the walking dead,” and suggesting that the 980 Madison Avenue project would sail past the weak-kneed commission with little resistance.

In a subsequent interview with the Voice, we asked Wolfe if he thought the commissioners might actually bat down Rosen’s proposal. “I think there are possibilities,” said Wolfe at the time. “But I wouldn’t bet on it.”

Today, Wolfe sat on a windowsill toward the front of the room and watched as the members of the commission essentially tore his critique to pieces along with Rosen’ plans.

So much for being the “bureau of the walking dead.”