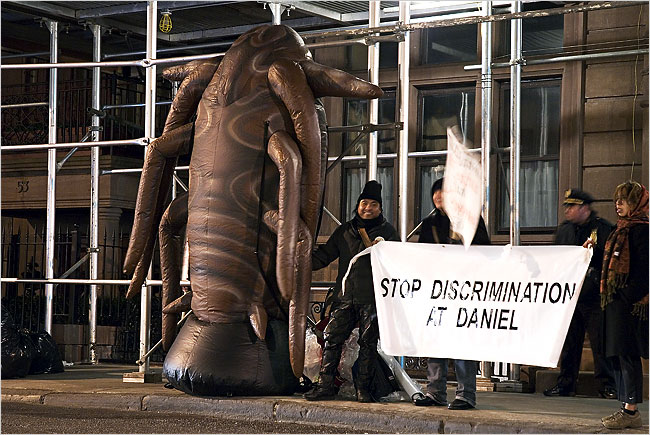 With all the alleged back-of-the-house discrimination in restaurant news these days, I got to thinking about my own days in the kitchen. I was not a cook, but a lowly errand-runner/sauce-drizzler, etc. And let’s just say, my butt was slapped with more than a few wet dishtowels.

Joseph Bassani’s charges against Jean Georges go way beyond that, and the mass attack on Daniel Boulud is also a much more serious one, of course.

But how many of us have experienced kitchen life that didn’t include the dirtiest jokes, the most embarrassing come-ons, and the extreme macho-ism of cook rivalry? In my short time in the back of the house, when a line cook’s station lagged or he overcooked the halibut, he wasn’t just reprimanded but maybe called a fag or a pussy for good measure. If a female server passed through, she was met with a loud audience, and upon her departure, the commentary often shifted into a shocking realm.

Kitchens are adrenaline-filled pressure cookers, and a thick skin is crucial to surviving inside. But it almost seems that we’ve accepted that behavior amidst the fire somehow doesn’t count. What do you think?