“Plucky” Molly Muzzled From the Grave 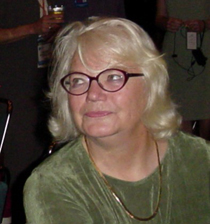 Anyone reading the New York Times‘ obituary of sharp-witted liberal columnist Molly Ivins yesterday had to wonder just what was the scandalous “sexually suggestive phrase” that got Ivins in so much trouble with the paper’s publisher—and still can’t make it past the censors a quarter century later:

“Covering an annual chicken slaughter in New Mexico in 1980, she used a sexually suggestive phrase, which her editors deleted from the final article,” writes Katharine Seelye. “But her effort to use it angered the executive editor, A. M. Rosenthal, who ordered her back to New York and assigned her to City Hall, where she covered routine matters with little flair.”

We hope you’re sitting down. In his own obit, the Austin American-Statesman‘s W. Gardner Selby draws aside the curtain of good taste:

“Covering nine states, she dispatched stories from spots such as Window Rock, Ariz., and Kammera Ranch, S.D., until editors leashed her in New York in mid-1980 after she attempted to enliven an account of an annual chicken slaughter/celebration in Corrales, N.M. by using the words “gang pluck,” a descriptive that did not reach print.”

So why, in an article meant to honor the feisty Texan, did the Times repeat its snub, smoothing out the edginess that made her who she was? Wasn’t there at least some newsroom debate that maybe, just maybe, the time had come to give a little, if not in honor of a great humorist, then at least out of respect for a modern readership unlikely to be offended by such a harmless pun?

No, according to obituary editor Bill McDonald.
“We thought that the standard hadn’t really changed,” he said. “It was still a gratuitous remark that we didn’t need to repeat, even now.”