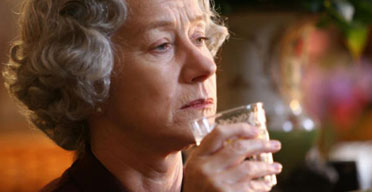 Even the Queen loves links.

The Articles What I Read and Enjoyed:

Guardian critic Lyn Gardner inveighs against playbills and their contents. (I would like to inveigh against the British habit of making you pay for programs, actor biographies have saved me from many a bout of excruciating boredom.)

Also in the Guardian, L.A. Times theater critic and erstwhile Voice editor Charles McNulty asks why British actors, if not playbills, seem so much better.

Time Out critic David Cote crafts an essay on what makes for fraudulent art.

This article from the Village Voice Archive was posted on February 23, 2007