The Pulitzers: Rabbiting On 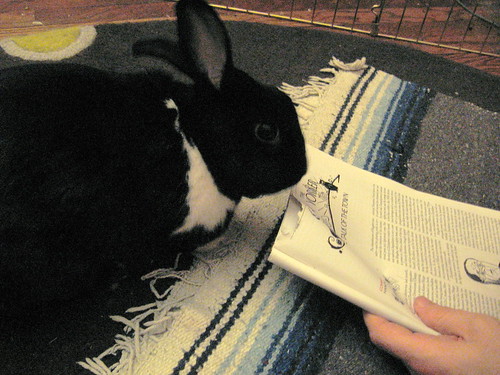 My Rabbit Rages at the Controversy.

Interesting details have emerged about the awarding of the 2007 Pulitzer for drama to David Lindsay-Abaire’s Rabbit Hole. Apparently the board chose to ignore the shortlist provided by the drama jury (a panel including Ben Brantley and Paula Vogel) and make their own choice. Many speculate that a clear winner could not be settled on and the Pulitzers did not want a repeat of last year in which no prize was awarded. That year the shortlist featured Miss Witherspoon, by Christopher Durang, The Intelligent Design of Jenny Chow, by Rolin Jones, and Red Light Winter,by Adam Rapp.

A screed on TimeOut critic David Cote’s blog and a piece on Playbill which profiles the three nominess, Rinde Eckert, Eisa Davis, and Quiara Alegria Hudes.