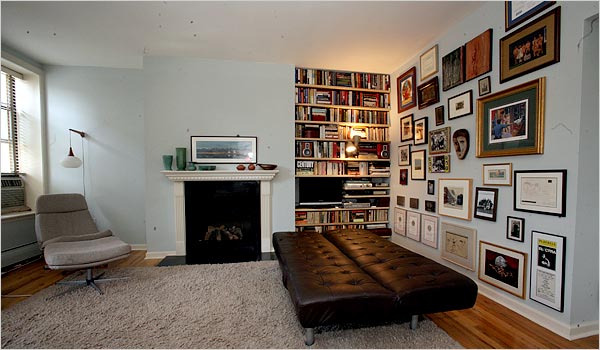 I don’t typically peruse the New York Times real estate section (I’m already much too susceptible to envy), but I did read with some interest (and, yes, some envy) about how Stephen Spinella used to have and East Village two bedroom for $168. Which he left, voluntarily, to purchase an apartment in Harlem. Now I believe in apartment ownership myself, but if I had a rent-controlled two-bedroom only an eviction notice or the undertakers could remove me. The article did put me in mind of a feature I’ve been wanting to inaugurate, which examines how theater folk live. I’m particularly interested in the furniture of set designers, the closets of costume designers, the lamps of lighting designers, etc. If you are one of these talented folk do respond! Or if there are people you’d like me to feature let me know and let the pestering begin.