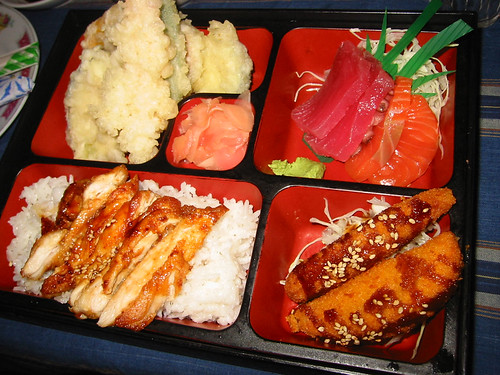 I was disappointed when a shifted doctor’s appointment caused me to miss a press luncheon at the Japan Society. But perhaps that’s for the best. I love bento boxes, which they were serving, so very much, that I might have had to abandon all pretensions toward objectivity. Now you know my price: Cheap! At any rate, I’ve looked over the upcoming season’s events and it’s quite impressive the attempts the Society has made in recent years to increase the amount of live performance that they sponsor. The 2007-2008 season will feature a Basil Twist puppet show with live shamisen music, a three-week butoh celebration and a restaging by John Jesurun of Harry pPrtch’s Japanese inflected Delusions of Fury.