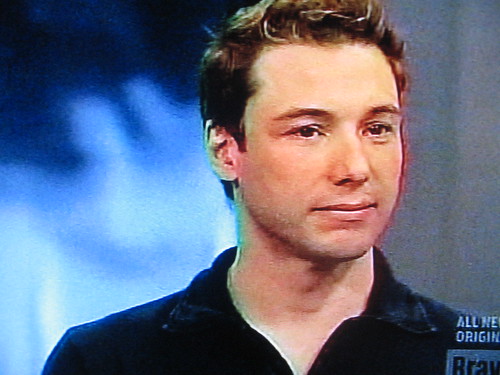 You may recall that, a few weeks ago, we posted the prediction that Jean-Georges Executive Sous Chef Lia would be this season’s Top Chef winner. We were wrong — or rather, our friend who argued this point so strongly was. Her reasoning was that Bravo would have to make sure a woman won this year’s competition, and in her view, Lia was the only woman qualified to take the title. We watched with her last night as Lia made smoked trout on a polenta cake for some Telemundo stars and ended up packing her knives. Our friend was visibly distraught. So, readers, what do you think? Could it be a woman? And if so, which one?

We liked Lia, but we got over the disappointment real quick, because before we could process what was happening, our former boss Rocco DiSpirito appeared in the scenes from next week’s episode, as the guest judge. Um, do we really have to wait a whole week? Also, he’s practically blond.

One more thought on Top Chef, in case the Bravo execs read Eat for Victory. We’d like to propose a few rules for next season:

1. Ceviche: Banned
2. Trios: Banned
3. Duos: Also banned
4. Serving things in a spoon: Banned
5. Serving things in a shot glass: also banned
6. Using a paint brush on a plate: Banned
7. Fauxhawks (male and female): Strongly discouraged
8. Seared scallops: Enough already
9. Allowing sweat to drip off your nose and into your food: DQ!
Update: How could we forget? 10. Mixology, the term, and mixology, the “art”: Totally banned 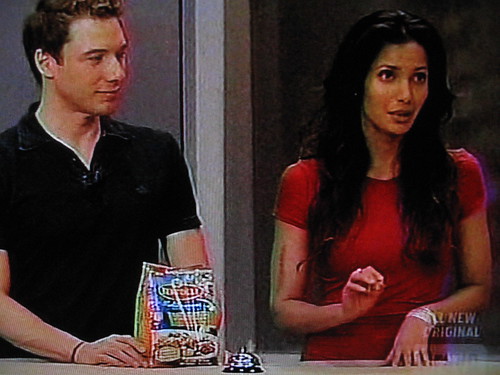