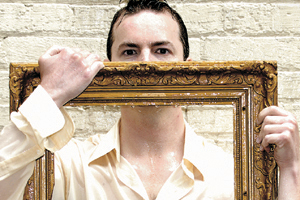 I love nearly everything about the Brooklyn Academy of Music. I love the movies it shows, the pick-and-mix candy at the movie snack bar, the architectural fillips. When the main building had scaffolding up, I even loved the Vik Muniz image that draped it. And I really love that I can walk there. (I’m not alone, the Sun recently published a piece celebrating BAM’s coolness.) But I don’t always love the Next Wave offerings. It’s not so much the quality of the work but the name that’s erroneous. Barring that pretty disastrous Richard Maxwell of a few years ago and a few other similar examples, Next Wave might as well be called Last Wave, as it offers avant-garde productions by companies that have long since been canonized. This season proves no exception as all the directors have graced BAM before. There’s Ann Bogart’s tribute to Joseph Cornell, Hotel Cassiopeia, and Krzystof Warlikowski of TR Warszawa directing Hanoch Levin’s Krum, Michael Thalmeier’s production of Lulu which I’m looking forward to tremendously as I’m cuckoo for Wedekind.

As ever, there are quite exciting dance and music offerings and as I’m a hipster manque, I’m dying to see the Sufjan Stevens piece’