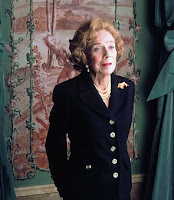 As these things usually go it’s taken damn near forever, but the Astor trial is now finally in the hands of a jury. Around one this afternoon, the jury began deliberating the fate of late socialite Brooke Astor’s son, Anthony Marshall.

By now we all know the gory details, so there’s no point rehashing it all. Suffice it to say, Marshall is accused of exploiting his dying mother and swindling her out of her fortune. The Post reports that three alternate jurors were released this afternoon and one of them says he would’ve found Marshall guilty.

As for the length of deliberation, the Times talked to a Virginia Law School professor who states what could be the very obvious: that jurors will push hard to come to a decision so they can go home and get on with their lives.