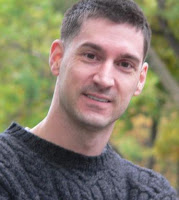 From Teacher of the Year to accused kid-toucher in all of two years. At least no one can say Jonathan Huff’s career track hasn’t been ambitious.

Yesterday, Huff, a 40-year-old high school dean in the Bronx, was arrested and charged with molesting one of his 14-year-old students. Police say it happened Saturday at the all-boys Urban Assembly Academy for History and Citizenship for Young Men; that’s where Huff allegedly lured the teenager into his office and touched him over his clothes.

Huff, in addition to being a dean and 2007 Teacher of the Year at his school, is a part-time actor and writer; in 2008 he had a book published under the name Bradley Huff called Alone Boy whose protagonist is — wait for it — a 14-year-old boy. Huff has also posted his resume on a website for people trying to land jobs on private islands; he lists among his interests, “Youth.”

NY1 talked to a few of Huff’s students and they’re shocked by the arrest of a guy they say wouldn’t seem capable of molesting a student. The Post meanwhile is exercising its usual level of tactful restraint. Its headline: “‘Perv’ Dean in HS Sex Bust.”

Although for a good laugh, check out the link directly beneath the Huff story on the Post’s website. The one that reads, “Do you know someone who has made New York a better place?”

Sometimes the comedy gods throw one right over the plate.