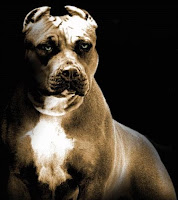 The battle over large-breed dogs in New York’s public housing projects is claiming plenty of casualties.

According to the Times, since the ban on pit bulls, Rottweilers, Doberman pinschers and any other dog over 25-pounds went into effect back in April, at least 113 dogs have been given up by residents — with 49 of those being euthanized.

The ban is one of the strictest in the country, but according to proponents like Victor Gonzalez, the tenant association president at Rabbi Stephen Wise Towers on the Upper West Side, it’s necessary because, “The elderly are fearful. They’re afraid to get on the elevators with these dogs, much less be in the lobby when they get in.”

That doesn’t sit well with dog owning tenants and animal welfare groups, many of whom say that the ban has been unfair from the beginning. Jane Hoffman of the Mayor’s Alliance for NYC’s Animals — a group that isn’t affiliated with the city — says, “You can’t predict what a dog is going to be like just simply based on its breed. I don’t want a dangerous dog out there. But doing it this way is wrong and it’s condemning perfectly innocent dogs to death.”

The Housing Authority says that the reason the three specifically banned breeds were singled out is that they were considered “the most frequent problem breeds.”

The agency says that despite City Councilwoman Rosie Mendez’s call for a reexamination of the policy, it has no plans to rescind it in the near future.