Did the NYPD Screw the FBI’s Bomb Plot Investigation? 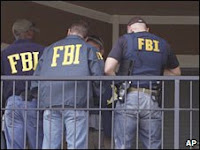 If it seemed like everything happened pretty quickly over the past week with respect to the big terror warning involving three men in Denver and Queens, a new complaint suggests a reason why: The NYPD, it says, dropped the ball.

The criminal complaint, filed yesterday, claims that police here may have compromised the entire FBI bomb plot investigation by prematurely questioning a man who’s now a suspect — Queens imam Ahmad Afzali — allowing him to tip off the big fish in the investigation: Najibullah Zazi. It also suggests that police took the initiative to tow Zazi’s car while he was visiting here from Denver, further cluing him in that someone was watching him. Police say it was this move, however, that netted them bomb-making instructions on Zazi laptop.

They say Zazi may have been planning to detonate backpack bombs in New York City like the ones exploded in London and Madrid in the past.

Meantime, cops and federal agents continue to interview possible friends and acquaintances of the suspects across the city.

Ahmad Afzali is due in a Brooklyn courtroom today. His lawyer, Ron Kuby, says his client isn’t just innocent but, as an informant for the government, was trying to help in the investigation.