Amid the ongoing COVID-19 epidemic and the growing threat of the Omicron variant, thousands of eager New Yorkers dove into the frigid Atlantic Ocean for the 119th Annual Polar Bear Club Plunge.

Going back more than a century, the Coney Island Polar Bear Club raises money through the annual New Year’s plunge for a variety of local nonprofits and charities such as the Coney Island History Project and the New York Aquarium. The event is billed as “one of the oldest winter bathing clubs in the United States,” and meets every Sunday from November through April. 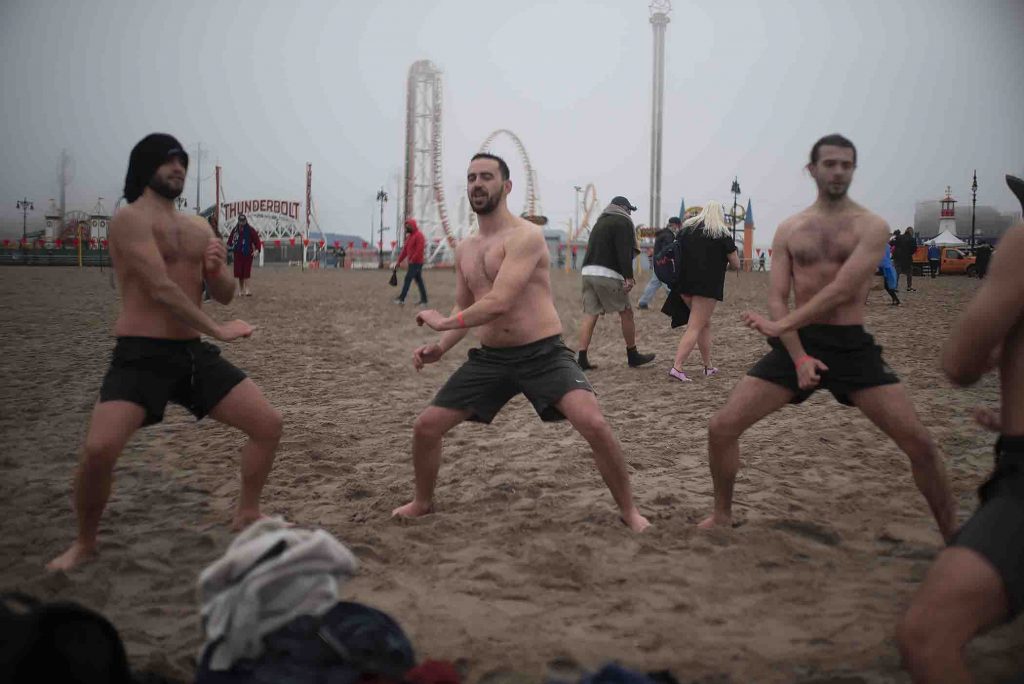 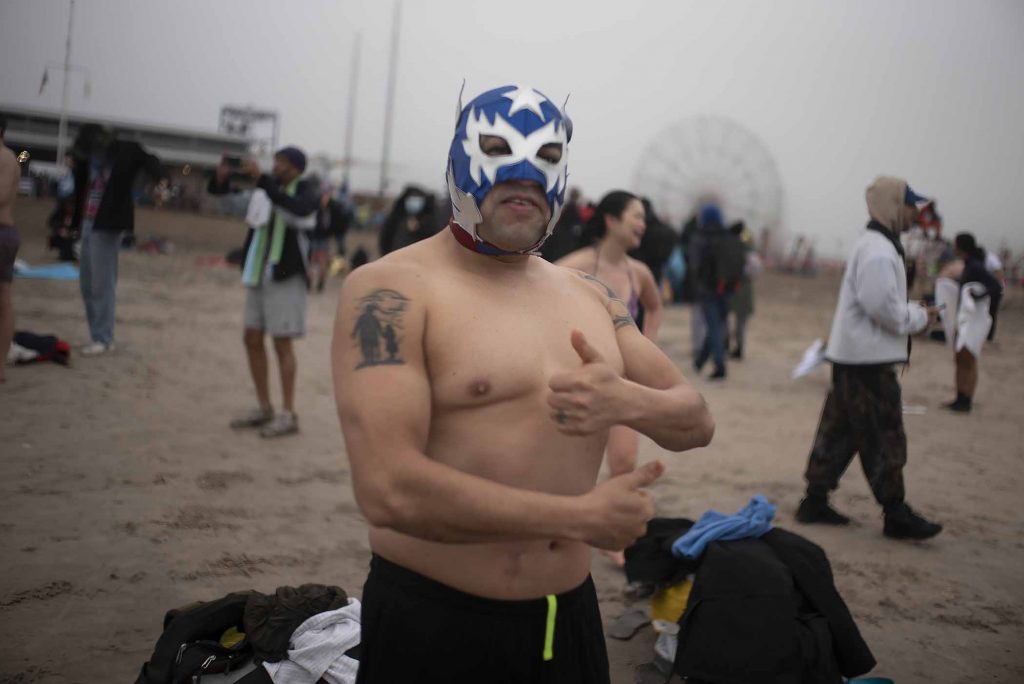 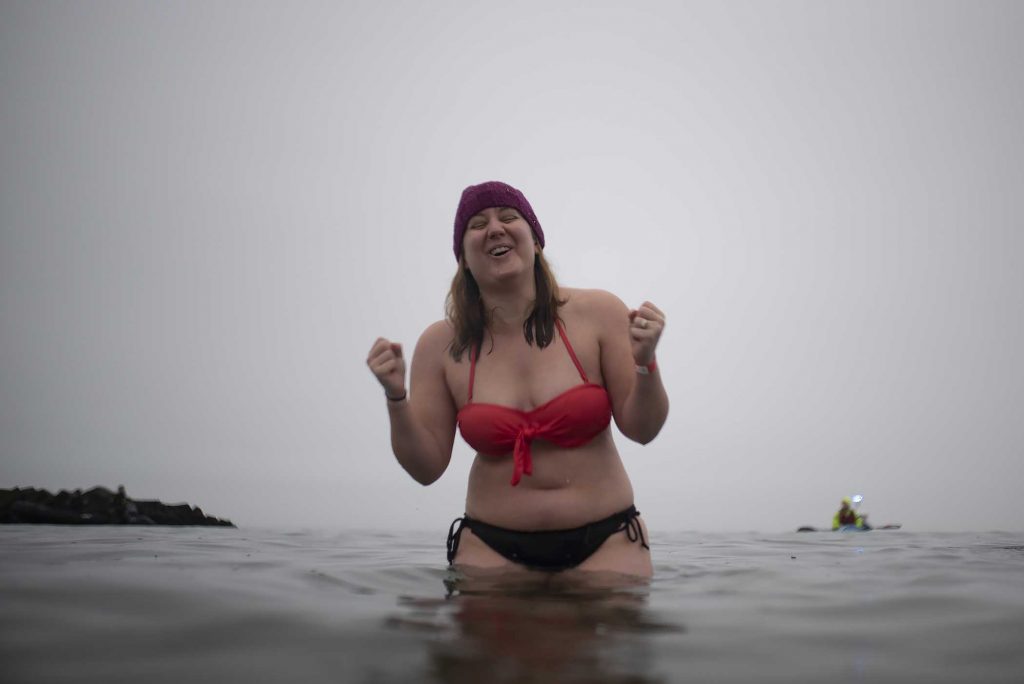 The crowd was significantly smaller than previous years, but there was still a steady turnout, with dozens of groups and individuals running back and forth into the water at any given moment. Elaborately costumed participants splashed headlong into the water, including Elvis impersonators, people dressed as hot dogs, Lady Liberty, luchadores, swimmers in patriotic thongs, and a variety of other unique outfits that littered the water and dotted the beach. 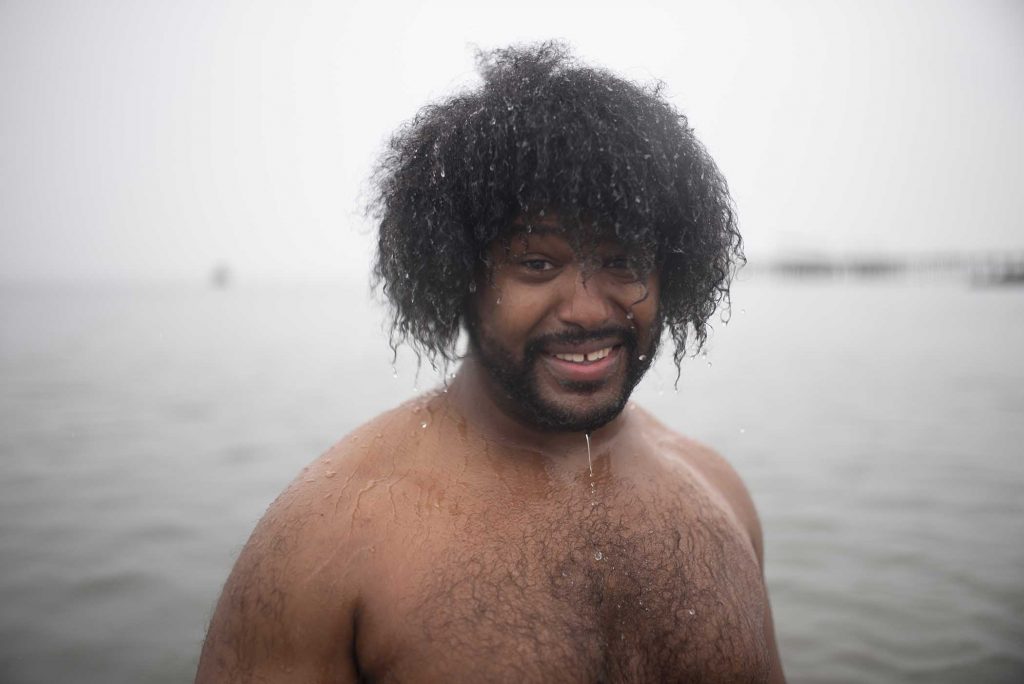 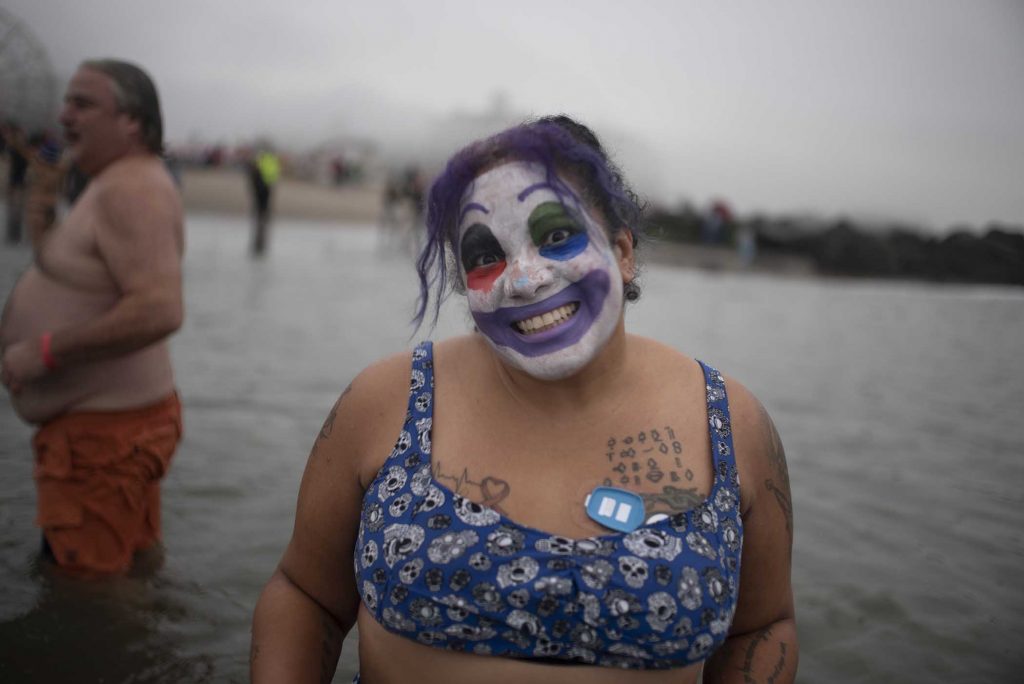 The weather was deeply overcast, and the mixture of humid, warmer-than-average air and cold water made for a foggy scene, with the Parachute Jump tower fading in and out of view. Despite the gloomy skies, the atmosphere was one of celebration: tailgaters in revealing swimwear and plastic Viking helmets cooked food in the parking lot by Maimonides Park, while locals and tourists stripped down on the wet sand. NYPD and FDNY boats and divers floated just offshore in the event of an emergency. (One man was removed by ambulance after he had collapsed in the water and remained unresponsive.) 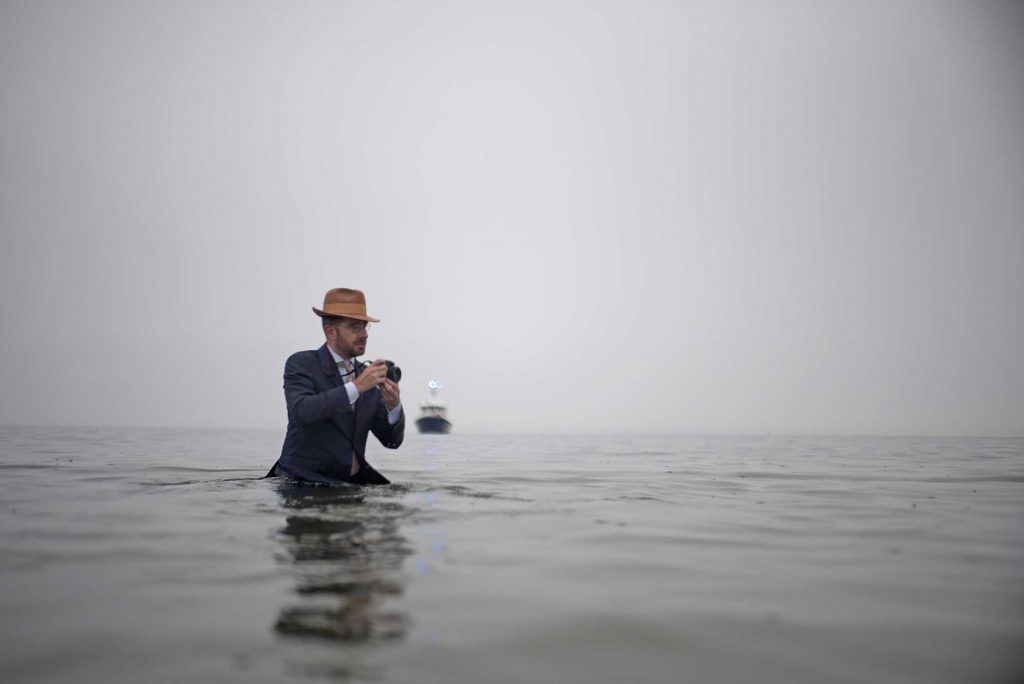 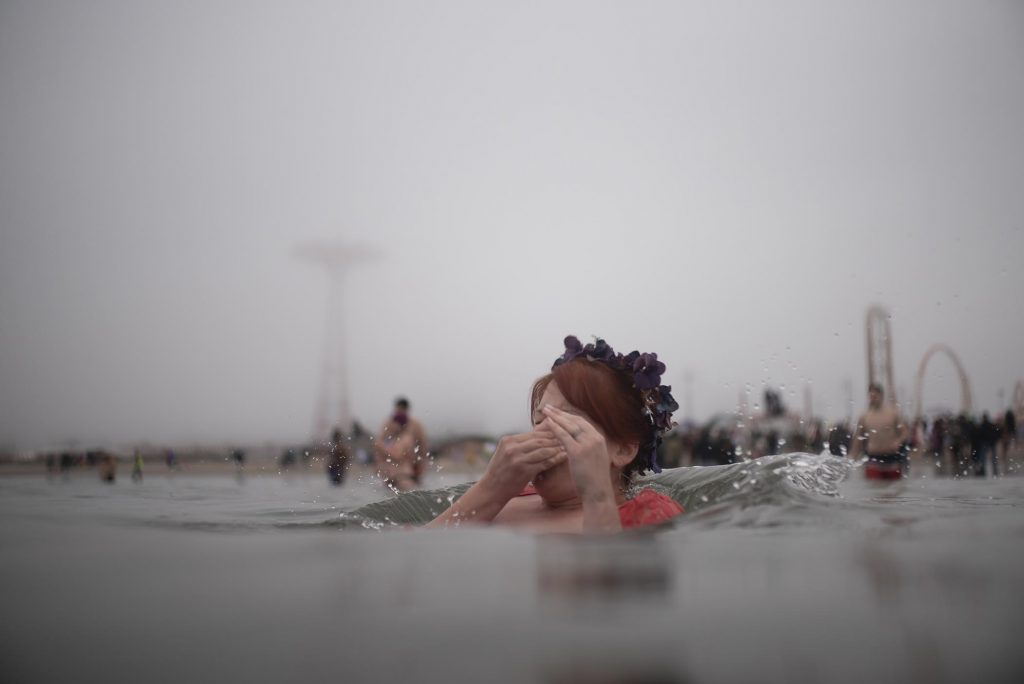 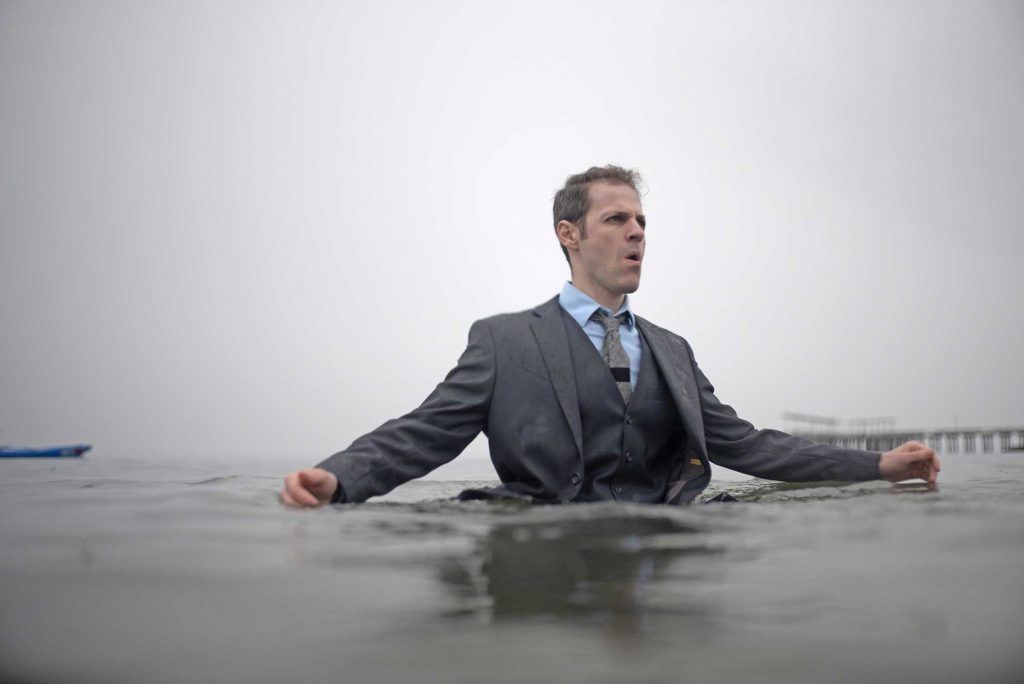 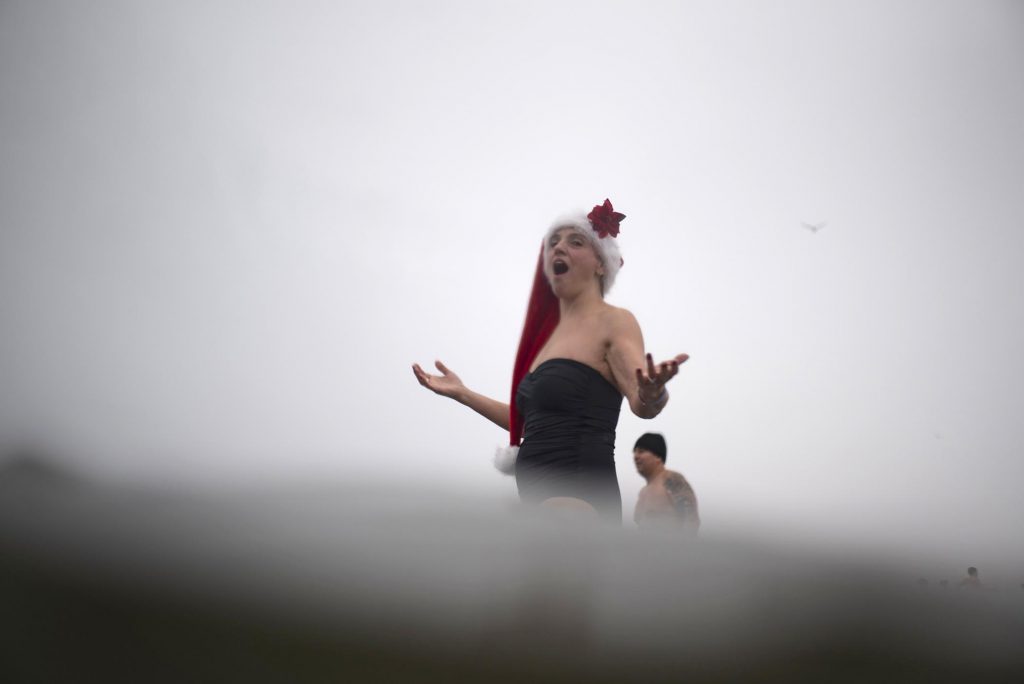 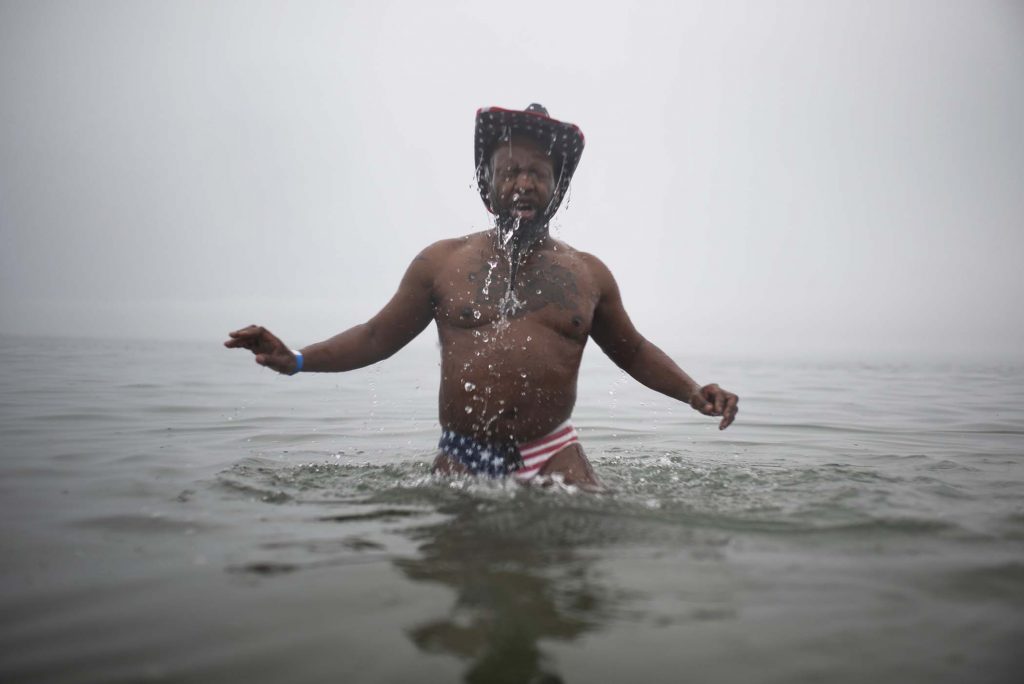 Robin Porter, returning for her fifth year, said that “jumping into the water just makes me feel so alive. It’s my favorite way to start the New Year.”

Because of the pandemic, organizers made an effort to encourage spectators to practice social distancing and to wear masks whenever possible. Additionally, participants were required to register for the event, with Park Police on hand to issue $150 tickets to anyone found swimming without the issued wristband. Unlike previous plunges, there was no single designated start-time for the rush into the Atlantic. Instead, individuals were encouraged to swim at their leisure. 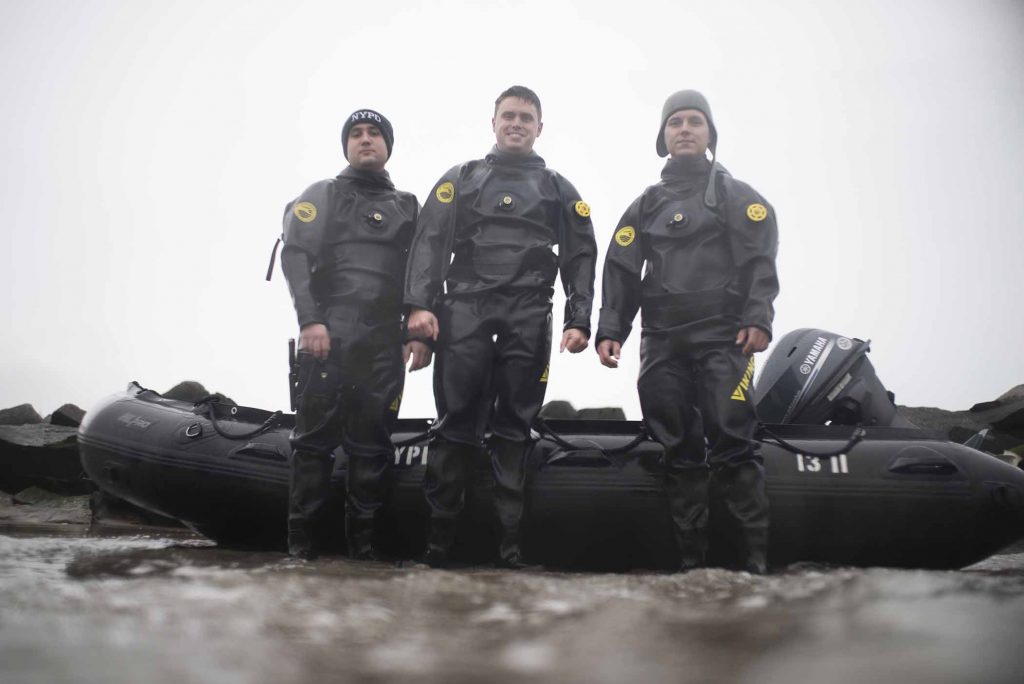 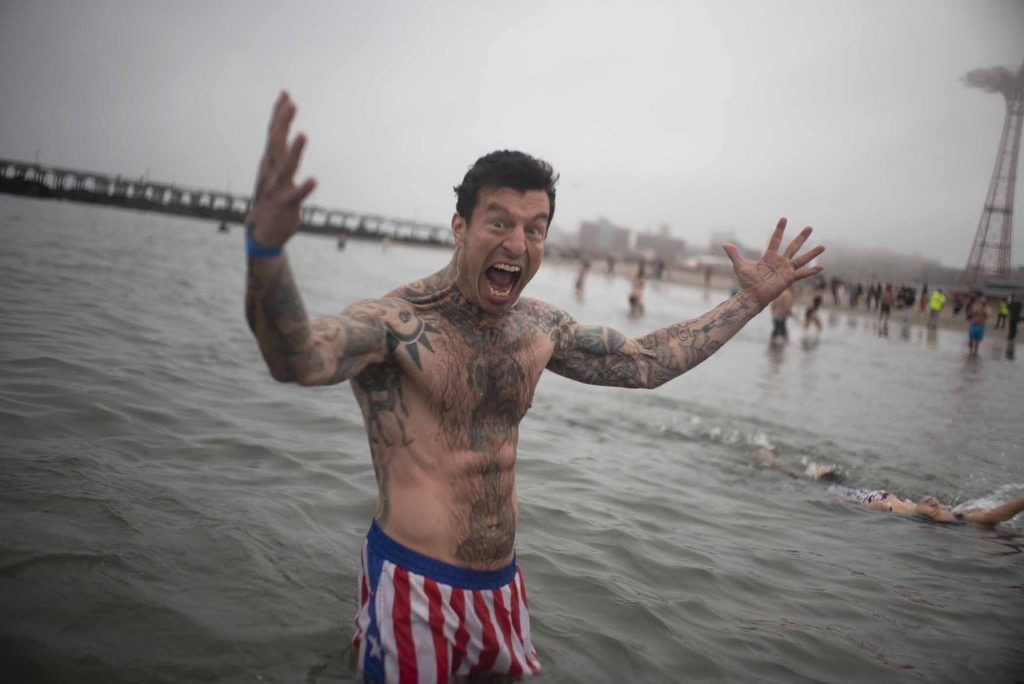 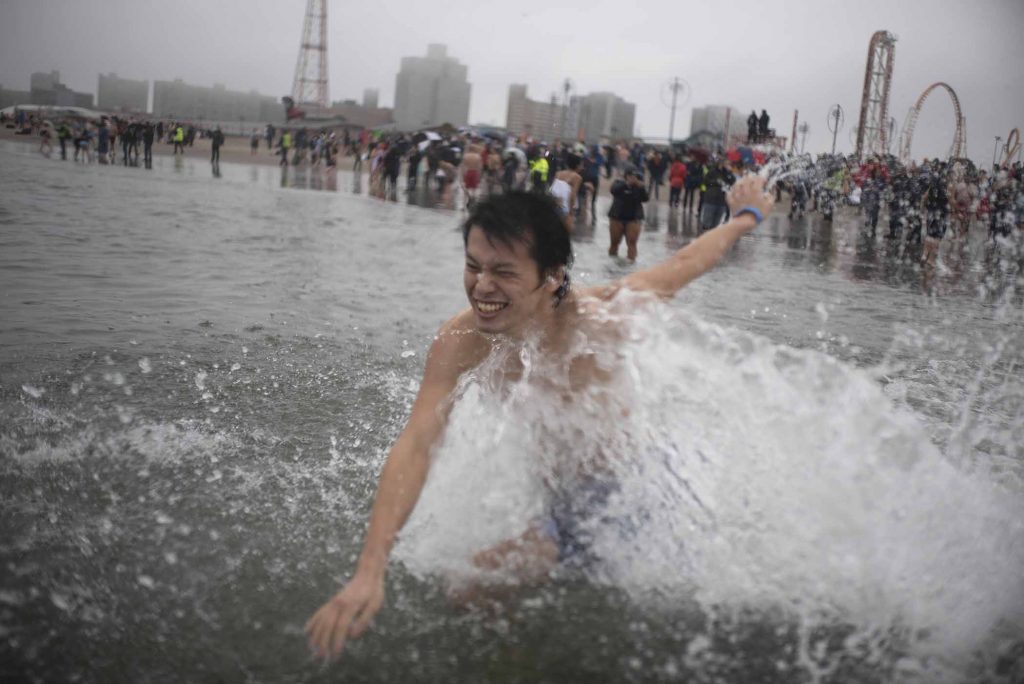 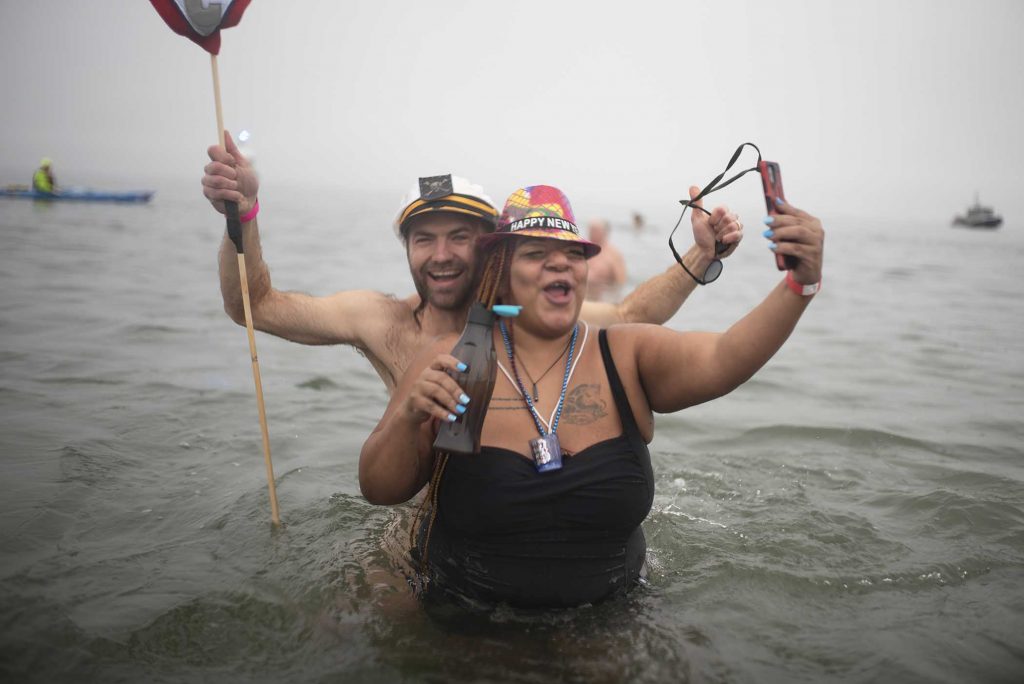 Photographer B.A. Van Sise, a regular at these events, traditionally wears a tailored suit into the water. “I’ve started every single year for a decade putting on my Sunday finest and walking into the Atlantic. It felt especially important this year to put on my tie, button my jacket, and wash these last two years off myself in an ocean that has no memory.” 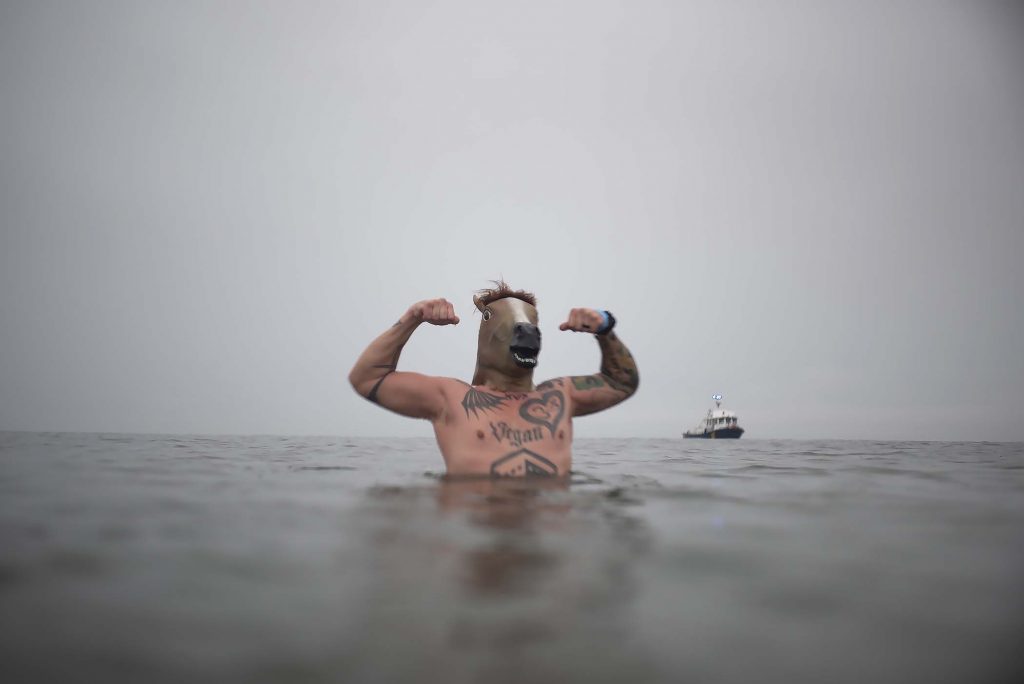 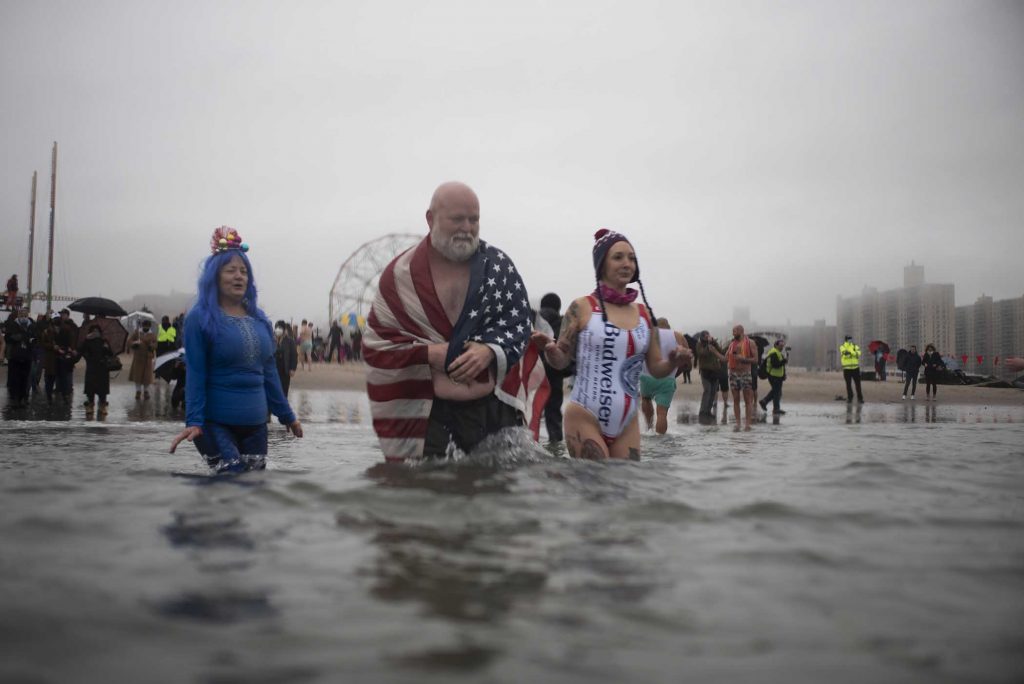 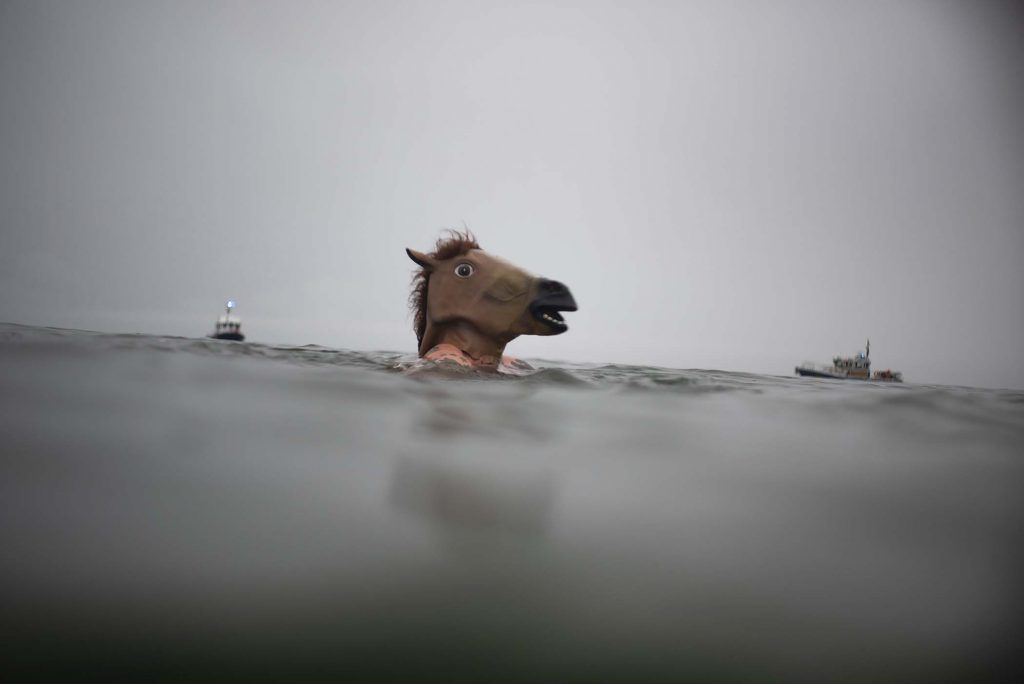 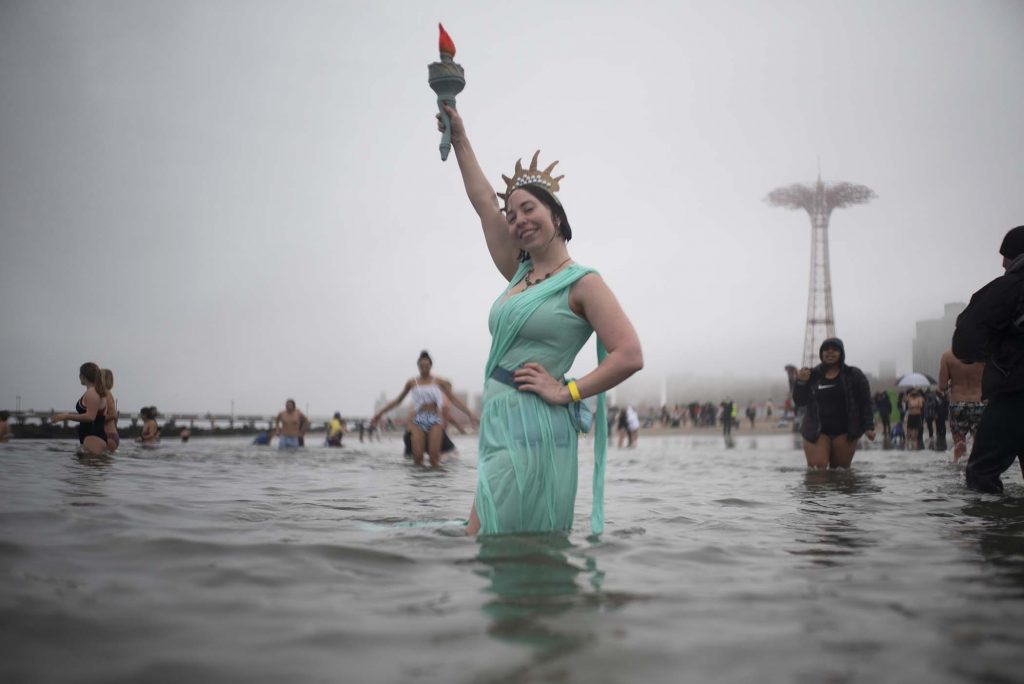