Ignoring a half-century of legal precedent, the conservative majority of the Court has upended a woman's right to safe reproductive healthcare.

Some turned to the pages of Lysistrata, the ancient Greek comedy in which women refuse to have sex with men until they peacefully settled the Peloponnesian War; some simulated bloody death from botched medical procedures. But on Friday, June 24, thousands of protesters took to the streets of Lower Manhattan to vent their fury at the Supreme Court’s abortion ruling.

Jade Runk, an activist with “Ride Up 4 Abortion Rights,” spoke in front of a growing crowd on the steps at Union Square following the Court’s decision, which effectively ended Roe v. Wade’s protections for reproductive choice. Runk, like many other activists, marched with fake blood running down her legs and staining her clothing, highlighting the dangers women face without access to safe reproductive health options.

Rise Up 4 Abortion Rights is a direct advocacy group, and has disrupted public spaces and events to spread its message. Recently, members stormed the basketball court at a WNBA game in Brooklyn, and halted services at a megachurch in Houston. The group’s goal, according to its website, is to “directly challenge and call forward the vast majority of people in this country who support the right to legal abortion to get off the sidelines themselves and join in a visible nonviolent mass protest.”

Near Union Square, Autumn Faulkner held a sign reading “No Sex With Men Until Roe v. Wade is Protected.” Several large groups assembled in the late afternoon and into the evening, with major elements gathering in Union Square, Washington Square Park, and Foley Square. Throughout the evening these groups would merge during the march, with thousands moving through the streets toward Midtown Manhattan. 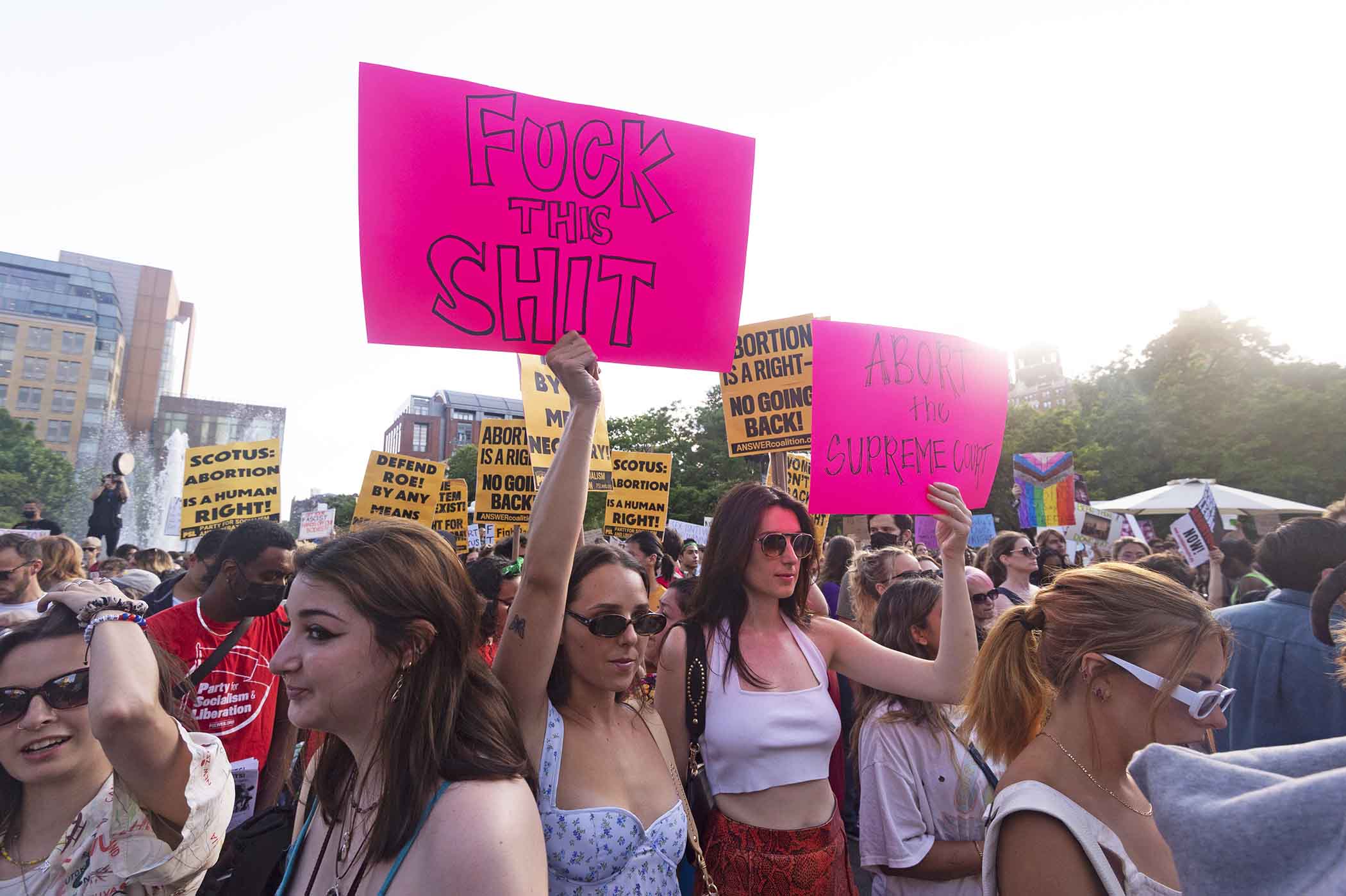 At a gathering in Washington Square Park, Rachel Zembraski (above center) held a sign reading “Fuck This Shit.” Signs displayed during the march covered a broad spectrum, from shocking images of women who have died while attempting at-home abortions to support for various political parties to some, like Zembraski’s, which simply vented rage at the state of the world. 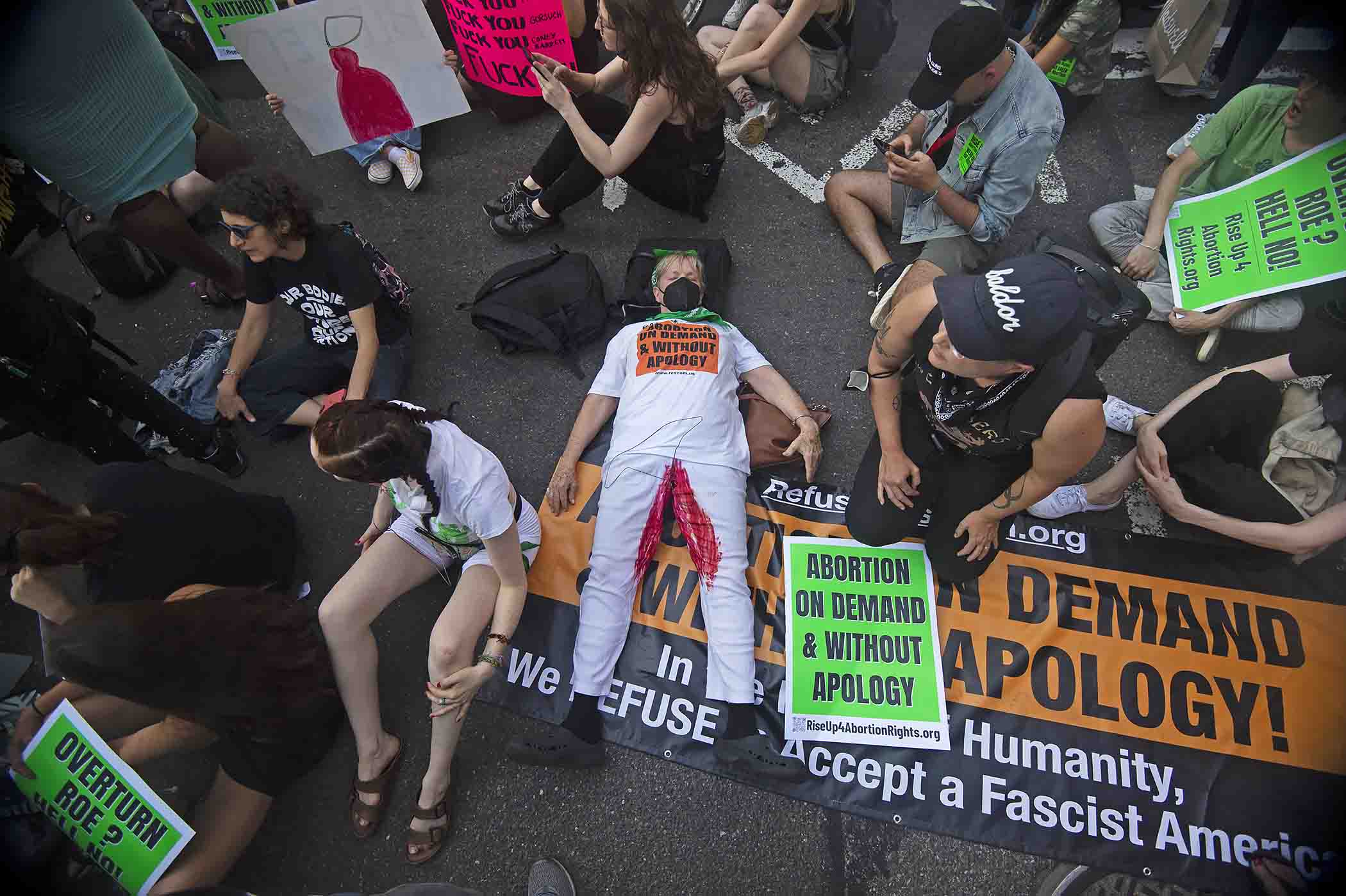 At an intersection between Union Square and Washington Square parks, activists held a “die-in.” During that 10-minute pause, protesters cursed the current lineup of the Supreme Court and advocated for increased political activism and participation. 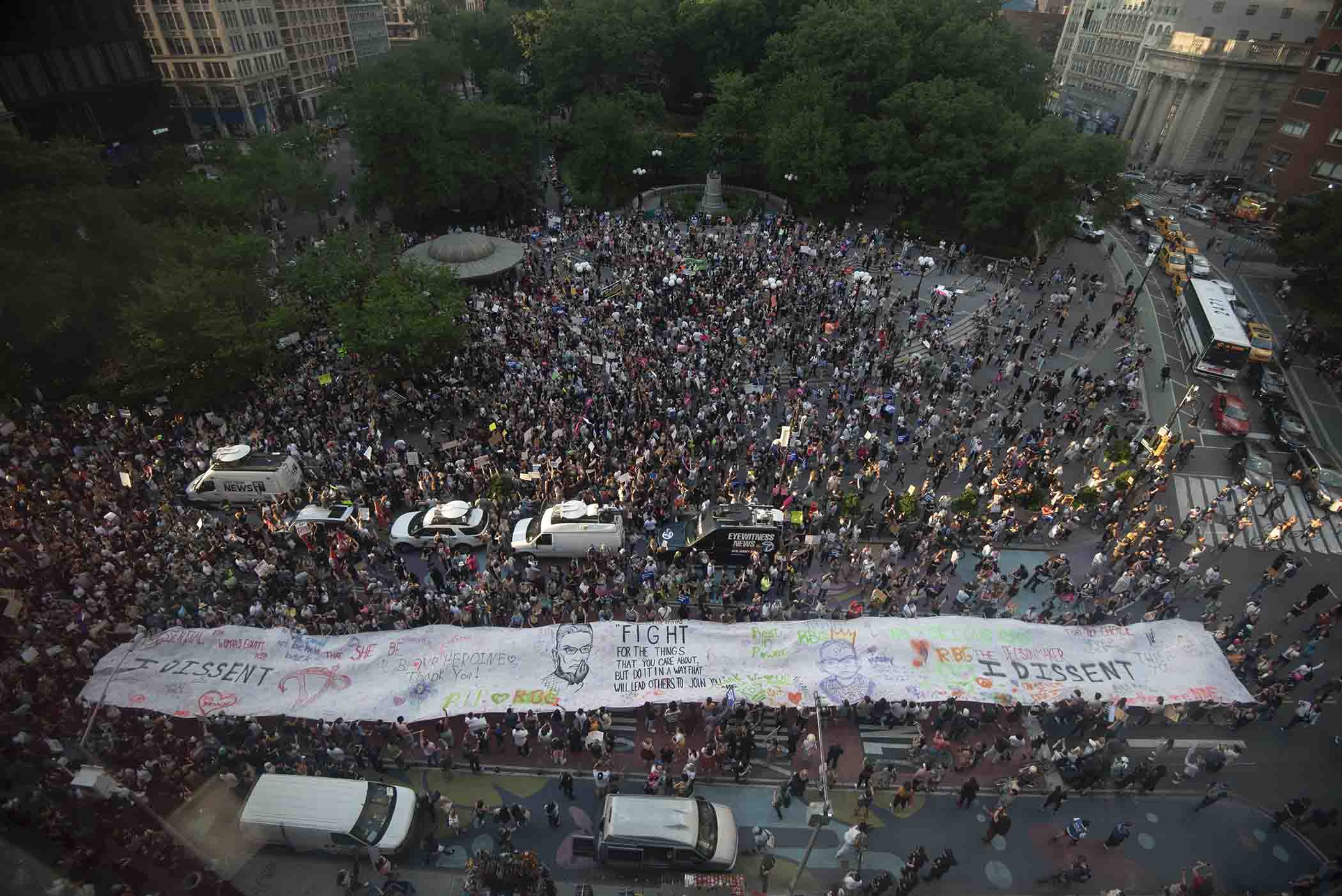 At the southern end of Union Square, a massive banner was unfurled, covered in protest quotes and drawings of the late supreme court justice Ruth Bader Ginsburg. Over the course of the march, protesters carried that banner throughout Manhattan.  ❖